Welcome to the Talking Tom and Friends Fanon Wiki!

Hello and welcome to Talking Tom and Friends Fanon Wiki! Here you can write fanfics and more! 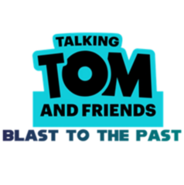 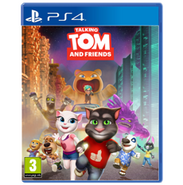 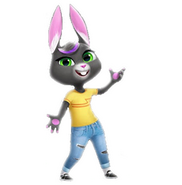 Add a photo to this gallery

Talking Tom and Friends is an animated web series by Outfit7 Limited, based on the media franchise of the same name. The show was produced by the Austrian animation-studio 'arx anima' during the first three seasons. In Season 4 onwards it is produced by the animation studio People Moving Pixels. It was released on YouTube on 30 April 2015. Turner Broadcasting System Europe have acquired the UK television rights to Talking Tom and Friends, and the show premiered on Boomerang UK on September 5, 2016, and on POP UK in April 2018. The second season aired on 15 June 2017 and the third season aired on 10 May 2018.

The series follows Talking Tom and his friends' everyday lives. Tom and Ben develop mobile apps and other inventions that they try to show off to the world.

Talking Tom and Friends won Best Animated Series at the 2016 Cablefax Awards. This announcement greenlit Season 2 of the series, to premiere on 15 June 2017.

Retrieved from "https://talking-tom-and-friends-fanon.fandom.com/wiki/Talking_Tom_and_Friends_Fanon_Wiki?oldid=4827"
Community content is available under CC-BY-SA unless otherwise noted.